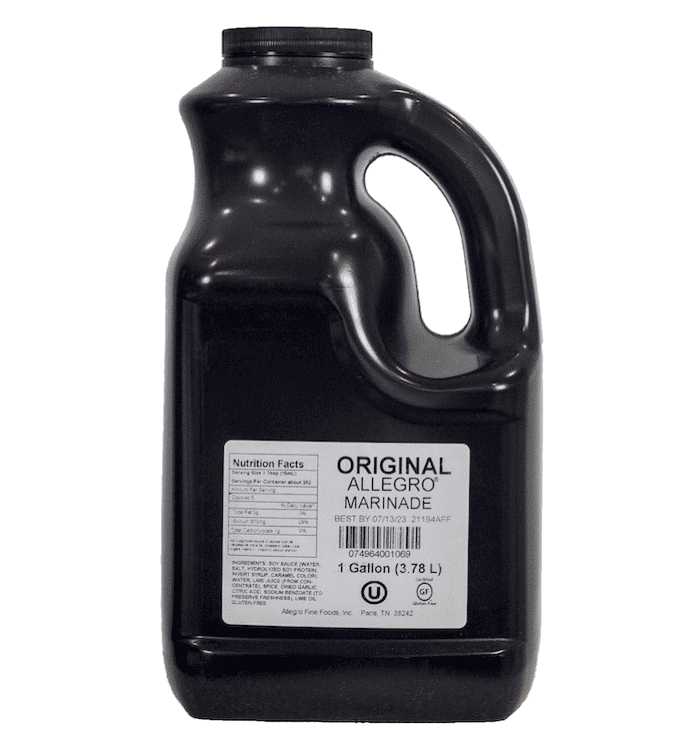 Whether you prefer to buy steak from a butcher or the grocery store, getting the right cut of steak is essential to creating a full flavor profile. With so many options, it can be difficult to figure out which cut to buy. The grade of steak is based on the marbling and age of the meat. The cut is the easiest and usually the first thing to identify. Let’s take a look at the different cuts you will find in your grocery store or butcher shop:

If you want something lean, top sirloin is the best cut. Top sirloin isn’t like any other sirloin, as the bottom round muscles and tenderloin have been removed. This meat is typically cut into cubes for skewering, beef tips, or stew. Check out Allegro marinades and recipes for ideas on how to give your top sirloin the most flavor and tenderized texture.

This is among the most popular cuts of steak. In addition to the beautiful marbling, a New York strip is tender and full of flavor.  This cut is often cooked rare so that the flavor is highlighted. You might also hear this cut described as a shell steak or a strip loin.

Black pepper is the perfect marinade for New York Strip, Rib-eye, and loin steaks. Coat your steak in the marinade and place them in a large resealable plastic bag. Refrigerate for up to 24 hours. Once marinated, remove from the fridge and let the steak set at room temperature for 30 minutes. Discard the remaining marinade. Grill your meat over medium-high heat for about 8 minutes per side for a nice medium doneness.

The most tender cut of steak, filet mignon just sounds delicate. This cut is often served wrapped in bacon and dredged in sauce.  When cooking filet mignon, this cut is very versatile. It can be broiled, grilled, or pan fried. Whichever method you prefer, just make sure to cook it fast to seal in the natural flavor of the meat.

For the meat connoisseurs, a Porterhouse is the best cut. This steak is hailed as the must-have meat because it’s a New York strip and a filet mignon all in one cut. A thicker cut, the Porterhouse may take a while longer to grill, but it can also be broiled, pan-fried, or sautéed. When making a Porterhouse, you want to preserve the flavor of the meat by marinating your steak for at least 24 hours. Our Original marinade will lock in the flavor as your steak cooks.

Named after the bone in the cut, a T-bone is a porterhouse with a smaller portion of the filet mignon. Still, it has both a New York strip and a filet mignon, giving this cut incredible flavor and tenderness. Grill or broil to medium-rare for the most flavor. When cooking any cut with a bone, remember that the meat near the bone tends to cook the slowest.

Ribeye is similar to a prime rib. This cut has lots of marbling and large pockets of fat throughout it. The central eye, the middle, of the cut has a finer grain. Because of this imbalance of fat pockets on the outer portion and the finer grain on the inner portion, cooking ribeye can be tricky. To make the perfect ribeye, make sure you cook it over high heat to evenly cook the entire cut. It can be pan seared, broiled, or grilled, but be cautious of flareups.

The cut of steak you choose will determine how the steak needs to be prepared and cooked. Cooking steak isn’t a spur of the moment decision. This meal requires forethought, planning, and prepping. Marinate your steaks using Allegro Marinades at least 24 hours in advance so the marinade has time to fully flavor and tenderize your meat. Cooking Methods: How To Choose The Right Method For Every Type Of Meat It’s Hunting Season! Marinating Your Game for the Perfect Prize